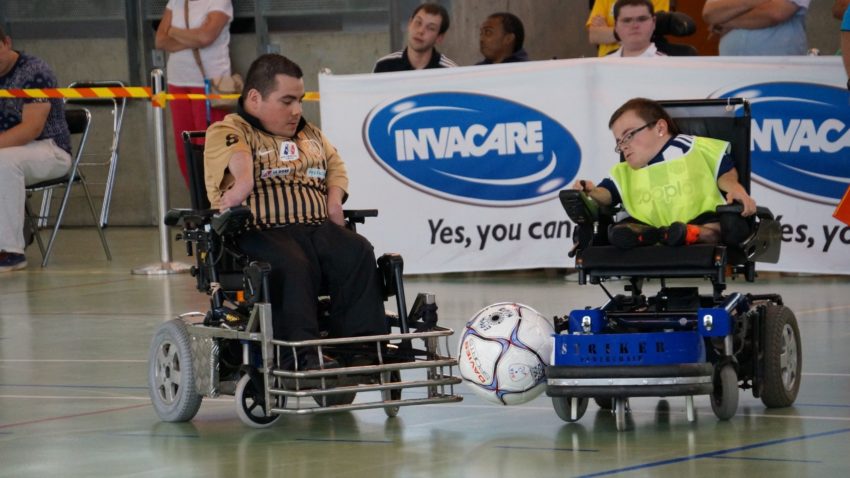 Are you a football fan? Would you like to get involved in some exercise or activity? Have you considered disability football? If not, you will now.

If you’ve always loved cheering for your favourite team from the stands and showing off your team’s colours, but you also want to get more active, then maybe playing disability football is the thing you need to consider.

In the UK, the Football Association – more commonly known as the FA – has begun to support disability football initiatives in the last 20 years or so. In 1999, they established the Football Development Programme and that, combined with the launch of the English Federation of Disability Sports (EFDS) in 1998, saw the first real steps towards identifying and embracing disabled footballers and encouraging them to be a part of the beautiful game we all love.

Disabled people who want to get involved in playing football first need to figure out which category of accessible football they want and can be a part of. The options include:

Players of visually impaired football are classified according to the vision they have in categories B2, B3 and B4.

Once classified, the players play the game a little differently to conventional football. For blind players, there are five players on each team and the match is played on a solid surface. Unlike the non-disabled football, there is no offside rule in blind football, and outfield players have to wear blindfolds and eye patches.

The football contains a lot of small ball bearings. This means it makes a noise, helping the players to identify where on the pitch it is. Finally, the goalkeeper is usually not blind but she or he can’t leave their area.

Unlike the other types of disability football, the rules for deaf football are no different to the rules for non-disabled players. To qualify, players must have lost 41 decibels or more of their hearing, and hearing aids must be removed before a match starts.

In amputee football, players use two elbow crutches to get around the pitch, while usually dispensing with their prosthetic limbs. Amputee football goalkeepers are normally single arm amputees.

For this type of disability football, players with cerebral palsy who can stand up and walk gather together in teams of seven a side and play their matches on a smaller pitch. The size of the goals is also made smaller for cerebral palsy football matches.

There is a total number of 60 minutes of match play in cerebral palsy football, divided into two halves of 30 minutes each. The offside rule is not in play in this game, and the ball can be rolled back into play as well as thrown, if preferred.

Similarly to cerebral palsy football, restricted growth individuals play matches on a smaller pitch, eight a side, with the match being divided into two halves of 25 minutes each. Also, a few specific rules apply – headers and sliding tackles are prohibited.

For football players who are wheelchair users, specially adapted chairs are used to engage in play. It is an indoor game, played on a pitch for five a side, and each match has two halves of 20 minutes, totalling 40 minutes altogether.

Players can only be tackled by one player from the opposing team at a time, and there are rules about the size of the football and of the goals. Only two defending players can enter the penalty area at once.

Disabled football players can group together to create teams that include individuals with a range of disabilities and impairments.