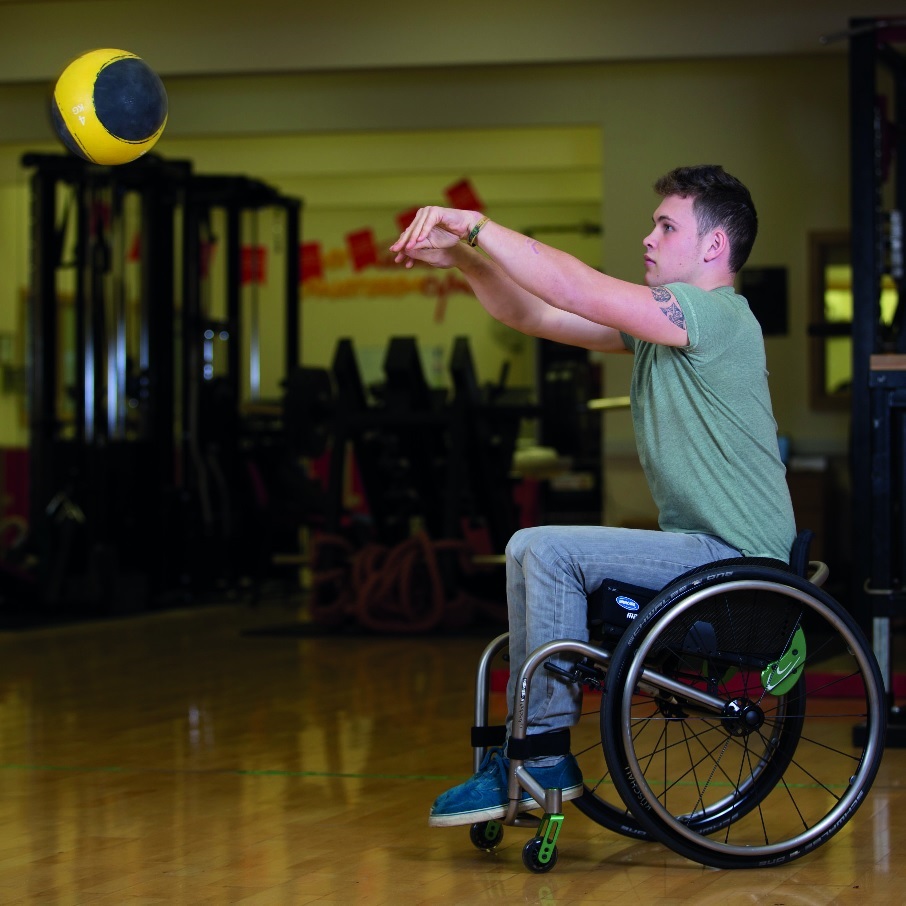 Read the story of our writer Raya Al-Jadir on wheelchair cushions. Raya is a freelance writer and a member of Muscular Dystrophy UK’s Trailblazers who has written for many outlets like Disability horizons or The Huffington Post.

You love your wheelchair for many reasons, such as the freedom and independence it offers. However, what happens if you don’t have the right wheelchair cushion? You would love it a lot less because it is no longer comfortable.

That was the dilemma I had once upon a time. I loved my wheelchair for the ability it gave me. To do and participate in many things. But I struggled to sit for longer than a few hours, which in a way defeated the purpose of the wheelchair. I was still at school and being part of the crowd was an essential aspect of being like any average student at mainstream school. Yet as soon as we had a break or it was lunchtime I would drive my wheelchair to the medical room and ask to be lifted onto the bed that was available so I could rest and relieve the pressure of sitting down. This meant I was isolated from the social side of school life, which inevitably made integration that slightly bit harder.

When the issue of comfort began to have an impact on my health and I was in danger of developing a pressure sore I decided that the time had come to do something about the matter. I guess I was scared that I would have the same problem that a friend of mine had endured – also a wheelchair user. Her pressure sore reached such a level that she had to have several operations on her hip/thigh and spent weeks in hospital.

The search began with physiotherapists and occupational therapists trying to find a comfortable solution to my problem. They identified that the problem was in the unsuitable cushion that I was using; it was a standard one that I had never changed and obviously my body was not the same anymore. It could no longer tolerate what it used to find comfortable.

Finding the right cushion for me

After many trials of various wheelchair cushions – not an easy process as one can never tell instantly if the cushion is appropriate or not; unless it is made of rocks! – it actually took nearly a year before I finally found a cushion that seemed right. The reason it took a year was that the nature of my condition is progressive. It affects my posture and the way that I sit in a major way. Therefore when I find a cushion and I think it is suitable, I realise after a week or so, having sat on it for more than few hours, that the pain still occurs and discomfort rears its head again.

I have to admit after trying so many cushions I became sceptical about ever finding the right one and at the same time I was scared I would get stuck with a cushion that initially seems right but proves otherwise later. When I finally found a cushion that my body liked and did not hurt me at all or cause discomfort I was worried – I guess I couldn’t believe my luck and I was scared that something will happen to this ‘magical’ cushion or that my body would change again. Thankfully the nature of this particular cushion is adaptable and will withstand whatever shape my body changes to.

It may have taken a while to find the perfect cushion and in fact it was not until I started university that I could finally say I was comfortable enough to stay seated in my wheelchair for most of the day. This was a vital element in my success at university because I was able to endure longer hours doing research at the library, attending lectures and just being with fellow university students which resulted in me gaining a first in my BA degree with honours. I honestly believe that without the right cushion I would not be where I am today.