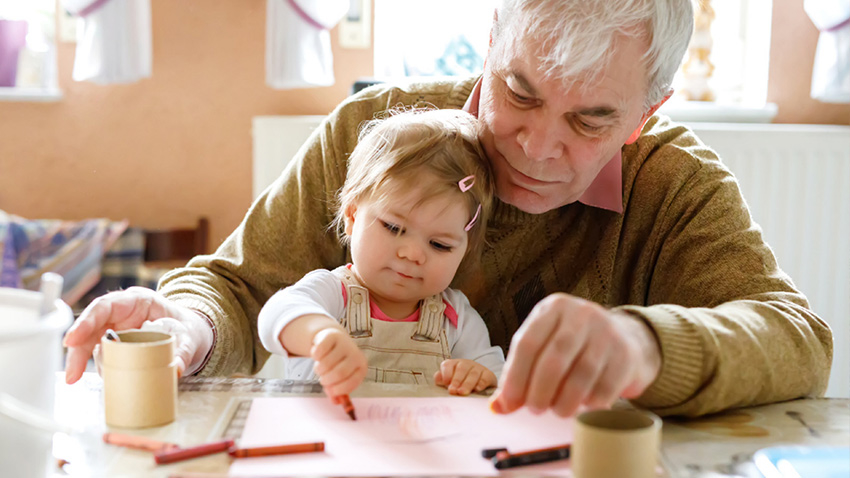 What do 4-year-olds and 80-year-olds have in common? Considerably more than you might think, including (but not limited to) painting, dancing, reading, walking, singing, cooking and story-telling!

These are just some of the potential activities incorporated into intergenerational care programs, in which Aged Care and Day Care are combined, and the residents/attendees of each group intermingle and socialise with one another.

A relatively new movement in Europe, intergenerational programs have become increasingly popular in other parts of the world (particularly the US and Australia and New Zealand), and the results are striking.

For seniors, being able to spend time (even as little as one hour a week) with young children can provide a sense of purpose and improved self-worth. Studies have shown that this ongoing engagement (and entertainment!) can lower levels of loneliness, reduce agitation, eliminate depression, improve outlook, and enhance overall health.

Fantastically, the kids also show enormous benefits. Compared to those not in intergenerational care programs they’re more sensitive, have advanced motor and cognitive skills, as well as social and emotional competencies, and score higher on developmental tests. Their attitudes and perceptions toward the elderly are also better, with them seeing ageing much more positively and seniors as valued members of society.

This shift in approach, while still in its early stages is likely to become increasingly important.

With one million people expected to be living with dementia-related illness in 2050 (a 254% increase from 2011), our existing care structure will become even more strained.

Not only that, as the pattern and composition of ‘traditional’ family units evolve, with extended families now living in different regions or countries, it’s more and more common for aging members of our society to find themselves alone and isolated.

So what are we waiting for? Isn’t it time to bring out the paints, crank up the nursery rhymes, and embrace intergenerational care?