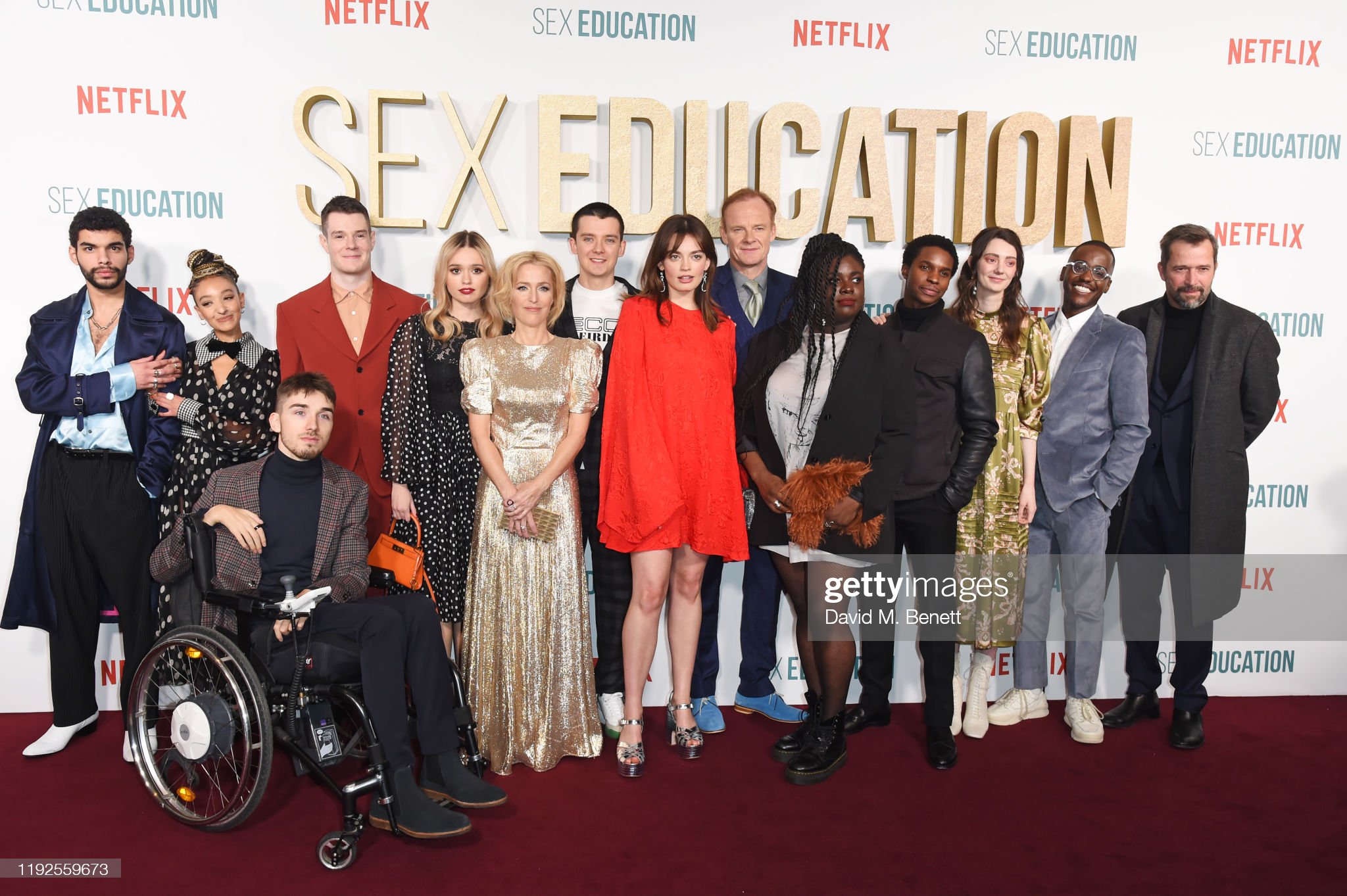 While programmes that explore disability as a topic worthy of its own spotlight are vital, inclusive shows that use incidental representation, where a character just happens to be disabled, are equally important. By including characters with disabilities without their disability being central to the plot, viewers get a much more realistic portrayal of people with disabilities as multi-faceted, people.

If you’re tired of being shown characters with disabilities who suffer and are weighed down by the show’s portrayal of their lives or whose disability ‘doesn’t stand in their way’, then this article will help you discover programmes with a diverse cast where people with disabilities are shown as, well, typical people! So, who are our favourite empowering disabled TV characters?

George Robinson, a 24-year-old actor from Cambridgeshire, plays Isaac in Netflix’s Sex Education. Isaac is an awkward, headstrong and sharply sarcastic character who is a bit of a troublemaker.

Isaac’s refusal to be apologetic about his disability is as important as his smashing of the taboos around sex and disability. His occasional use of his disability to get what he wants and playing vulnerable to facilitate his mischief-making is both hilarious and empowering and shows us a more realistic inclusivity. You can listen to the actors take on his character in this video.

Years and Years is an acclaimed science-fiction drama, with Ruth Madeley playing  Rosie Lyons. Rosie is a feisty, kind, single mum who is devastated by her father walking out on the family when she was a child, who also happens to be disabled and a wheelchair user. Rosie is a brilliant, hilarious, multi-faceted and  relatable person –  She is deeply refreshing for viewers to see a character who isn’t defined by their disability. Watch on Rosie Lyons clips here:

3. Theo – Only Murders in the Building, Disney +

In episode 7 of Only Murders in the Building, James Caverly plays the unassuming  deaf son of the Deli king, Theo. The episode is shown entirely from Theo’s point of view, with subtitled dialogue deciphered via Theo’s lip reading, text messages and even a Scrabble board! Theo is absolutely comfortable with who he is. Caverly’s portrayal of Theo has been so well received, there is even talk of an Emmy nomination – watch this space! Here you have a sample of his scene:

4. Rebecca Hall-Yoshida – Never Have I Ever, Netflix

Lily D Moore plays sassy, confident teen Rebecca in Never Have I Ever, sister of lead character Paxton. As an aspiring fashion designer, Rebecca is a refreshing portrayal of a average outspoken disabled teenager with big plans for her future success. Her confidence, despite bullying from her brother’s friends, is inspiring for teens with disabilities and adults alike who are likely used to seeing disabled characters as quiet, side-lined victims. By throwing off cliched infantilising notions of disability, Rebecca shows it’s possible for teens with disabilities to speak their mind, be themselves, and take charge of their lives. Check out the series trailer here.

Liz Carr starred as Clarissa Mullery in Silent Witness for 7 years, becoming one of the most high-profile actors with a disability. Clarissa is a forensic examiner whose dry humour and encyclopaedic knowledge of forensic innovations are nearly as impressive as her Scrabble skills.

Carr’s time as Clarissa put people with disabilities in the spotlight on primetime TV in truly ground-breaking ways, especially in showcasing the relationship between an ageing parent and a child with a disability where Clarissa becomes her mother’s carer. By showing Clarissa in a care-giving role, she subverts the stereotype of characters with disabilities being the sole recipient of care from others.

Here you’ll find a begginer guide to the first seasons if you want to quickly catch up with the series. Warning! Spoiler Alert!