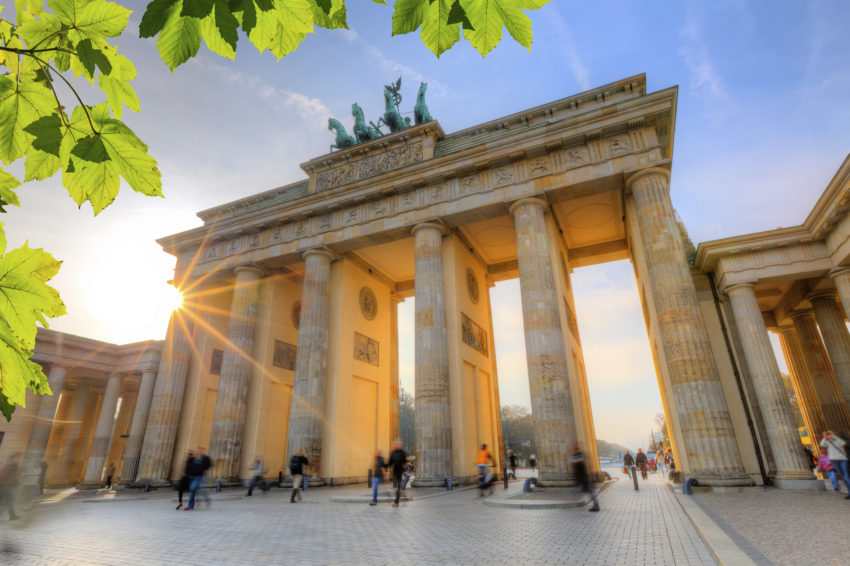 Travelling, in all its glory, can be breath-taking, beautiful and pretty flipping tough, regardless of ability.

In this article you will find information about Berlin and hopefully you’ll avoid the hurdles and have the holiday of a lifetime!

Berlin as an accessible city:

Germany’s capital is often described as being a ‘poor yet sexy city’, and as you make your way through the streets of Berlin, it’s easy to see why. Although Berlin may not be the most affluent of cities, it has an air of mythic grandeur that isn’t replicated anywhere else. In the heart of the city, where history mixes amicably with culture and fashion, you’ll find a vast selection of museums, galleries, monuments and places of interest. We’ve compiled a list of some of the best attractions, all of which can be easily accessed.

Top places to see in Berlin

When thinking of Berlin, many remember the Berlin Wall – an expansive stone wall that separated East and West Germany until 1989. Pieces of the wall still remain to this day, and act as a sobering reminder of the reality of the division of Germany; lasting for almost three decades. If you pay a visit to the Gedenkstätte Berliner Mauer (Berlin Wall Memorial) you can get a real sense for what it was like for all those who faced years of separation from family and friends. The wall was erected with such little warning that for many, they woke one morning to find they were no longer able to visit relatives.

The Berlin Wall Memorial offers full access for all, so you need not have any concerns about the comfort of your visit. On one side of the street, a monument has been erected to commemorate where the wall once stood. Pillars now take the place of what was once a concrete curtain. On the other side of the street there is a viewing platform, so you can have a bird’s-eye-view of where the wall once stood in the streets below, and there is also a museum, which gives a detailed account of the history and politics associated with the era.Admission to the memorial is free of charge and it’s located on the Bernauer Straße which also has its own Underground station, found on the U8 line; a station which is ‘barrier free’ and accessible to all.

2. Memorial to the Murdered Jews of Europe

Another obvious aspect that surrounds you in Berlin is the clear openness and sombre approach to the Holocaust and all those that died at the hands of Nazi Germany during WWII. The Memorial to the Murdered Jews of Europe is nothing short of breath-taking; but also, nothing short of harrowing.

Designed by architect Peter Eisenman and engineer Buro Happold, the memorial itself spans over 19,000 square metres and features 2,711 concrete slabs, of various sizes, arranged in a perfect pattern across a sloped grid.The most commonly accepted interpretation of the memorial’s design, is that the confusing and often oppressive structure is supposed to resemble and replicate a proportion of the emotions which the imprisoned Jews felt during the Holocaust.

Underneath the memorial is a museum in which over three million names have been recorded, of Jews who lost their lives during the Second World War. Access to the museum for the disabled can be found via an alternative entrance, with a lift.  All exhibits and experiences both in and outside can be accessed, although it is advisable to take a companion to get a true sense of the vastness of the memorial. If you feel brave enough, don’t miss the large metal door at the side of the museum, taking you to what can only be described as the ‘silent end of the world’. Fully accessible, but tough on the emotions. All exhibit descriptions are also in English for those who need to brush up on their German.
Admission is around €20 per person, although for disabled visitors it is usually free of charge.

Berlin Zoo is one of the largest zoos in the world, with over 17,000 animals spread out across 84 Acres of land. Cages are a rarity here, with many of the animals being allowed to roam free in areas that have been designed to replicate their natural habitat.
The zoo’s main draws are both the Panda enclosure and the Polar Bear den, but other areas of the zoo are also a huge hit – such as the Elephant ring and the Hippos; which can be viewed in their underwater home too, thanks to a brilliant panoramic window.
Disabled visitors benefit from a concession, which reduces the admission charge to only €10, instead of the usual €14.50. Accessible toilets can also be found throughout the grounds, but more specifically at the following locations:

Wheelchairs can also be rented for free at the main entrance of the zoo. If you’re willing to pay €15 for a concession ticket (€20 for a standard adult) you can also gain access to the zoo’s Aquarium – another superb highlight that’s definitely worth a look.

All-in-all, it’s easy to while away a day exploring Berlin zoo, an activity which is perfect for all the family.

See what TripAdvisor has to say

Built in 1791, the Brandenburg Gate stands tall and proud, as an entrance to ‘Unter den Linden’. The gate is situated just a stone’s throw away from the Reichstag, Germany’s parliament building, and other main attractions such as the Monument to the Murdered Jews of Europe.

The Brandenburg Gate, or Brandenburger Tor as it is pronounced in German, is nothing short of impressive. The architectural design leaves a powerful image imprinted in your mind’s eye and to get a sheer sense of the size and beauty, the gate is best viewed at night.

Seeing as this is an outdoor attraction, wheelchair access is not an issue, and although the cobbled streets may throw up some challenges, paved pathways at either side of the gate make for easy viewing.

The nearest station to the Brandenburger Tor is U Französische Str, which can be accessed on the U6 line.