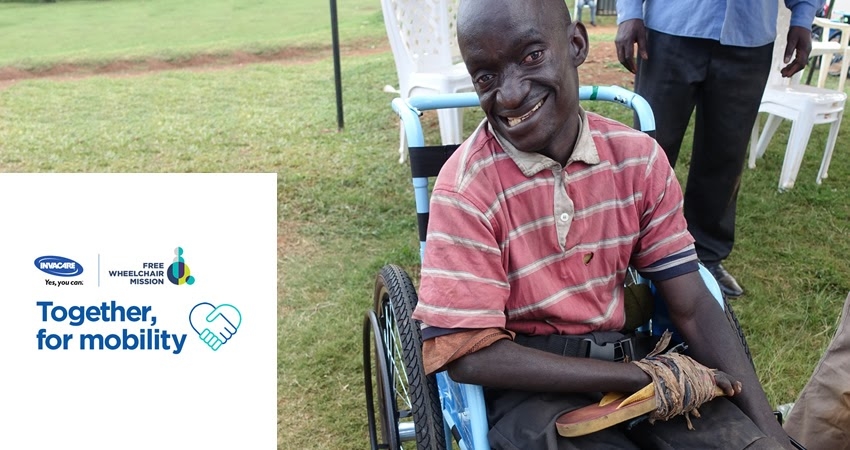 Robert makes a modest living on the shores of Lake Victoria – when passengers arrive in Buikwe by boat, he carries their luggage on his back

Uganda is located in Eastern Africa, West of Kenya and East of the Democratic Republic of the Congo. It is in the heart of the Great Lakes region, and is surrounded by three of them, Lake Edward, Lake Albert, and Lake Victoria. While much of its border is lakeshore, Uganda is landlocked with no access to the sea.

According to The Uganda Bureau of Statistics’ Disability Monograph 2014, persons with disabilities account for 12.5% of the population in Uganda.

Robert is a 50-year-old man living in Buikwe, a small town in the south-east of the Central Region. Robert has never been able to walk. Instead, he has been forced to crawl his entire life.

He makes a modest living on the shores of Lake Victoria: when passengers arrive in Buikwe by boat, he carries their luggage on his back as he crawls across the docks. But this is about to change.

Free Wheelchair Mission (FWM) is a humanitarian non-profit organisation that designs and manufactures wheelchairs at no charge for people with disabilities living in under-resourced parts of the world.

Their distribution partner in Uganda, Father’s Heart Mobility Ministry, fitted Robert with a new GEN_2 wheelchair made by Free Wheelchair Mission. It was the first wheelchair Robert’s ever had.

“Now, I can do my job more easily!” he exclaimed. Instead of carrying luggage on his back and crawling, he can now transport the bags on his lap while pushing himself along in the wheelchair.

After five decades, Robert has renewed dignity, independence, and hope because of the Free Wheelchair Mission.

Since 2001, FWM has distributed more than one million wheelchairs, and their big ambition is to provide another million wheelchairs by 2025. To achieve this goal, they have partnered with Invacare Europe in a project called Together, for mobility. As part of the project, Invacare Europe is helping FWM by raising awareness, generating donations, and sharing knowledge and expertise about product development.

Invacare Europe is working with Free Wheelchair Mission to provide free wheelchairs for thousands more people like Robert, because improving the quality of people’s lives and “making life experiences possible” is Invacare’s primary mission. For more information on the project, read the complete press release here.