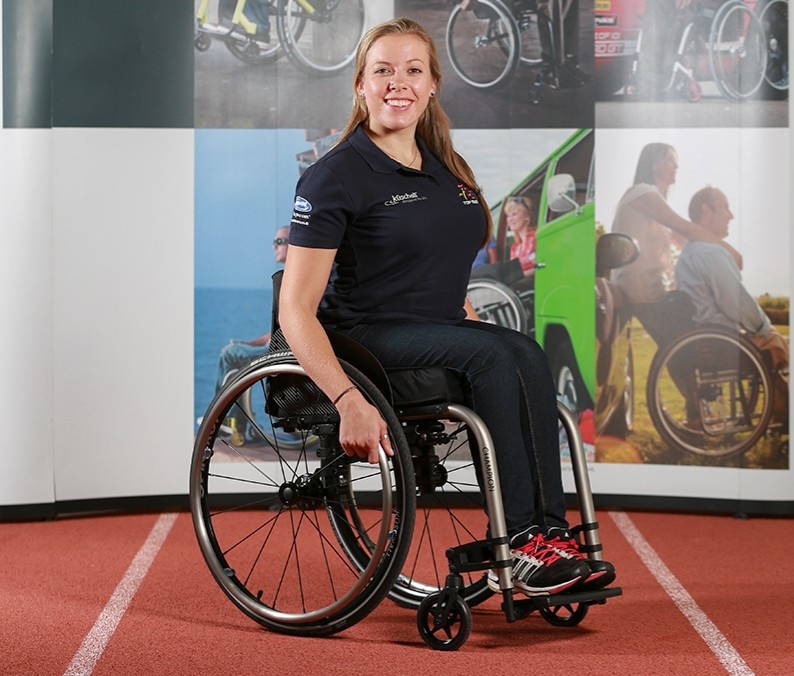 Scooping two sportswoman of the year awards – including becoming the first para athlete to win SJA Sportswoman of the Year – the 25 year old from Halifax has gone from strength to strength. Here, we’ll tell you Hannah’s story, and run you through her 2017 highlights.

Hannah Cockroft was born in Halifax in 1992. Within the first couple of days being born, Hannah suffered two cardiac arrests. This damaged her brain and nervous system, causing deformity in her legs and feet. Doctors predicted that she would be unlikely to able to walk, talk or live past her teenage years.

Against all the odds, Hannah took her first steps with a walking frame when she was three years old. Although the damage to her balance and fine motor skills meant walking all the time was unsustainable, taking a few steps was something that doctors said would never happen. It was this fierce determination that would make Hannah the competitor she is.

Hannah enjoyed sport from a young age, joining the Cardinals wheelchair basketball team at 13. After getting involved with the disabled sports team at her senior school, Hannah represented Yorkshire in both basketball and seated discus. After she won a silver medal for seated discus in the UK School Games, Hannah was invited to  UK Athletics Talent ID Day at Loughborough University. It was here she met Dr Ian Thompson, who first introduced her to wheelchair racing. 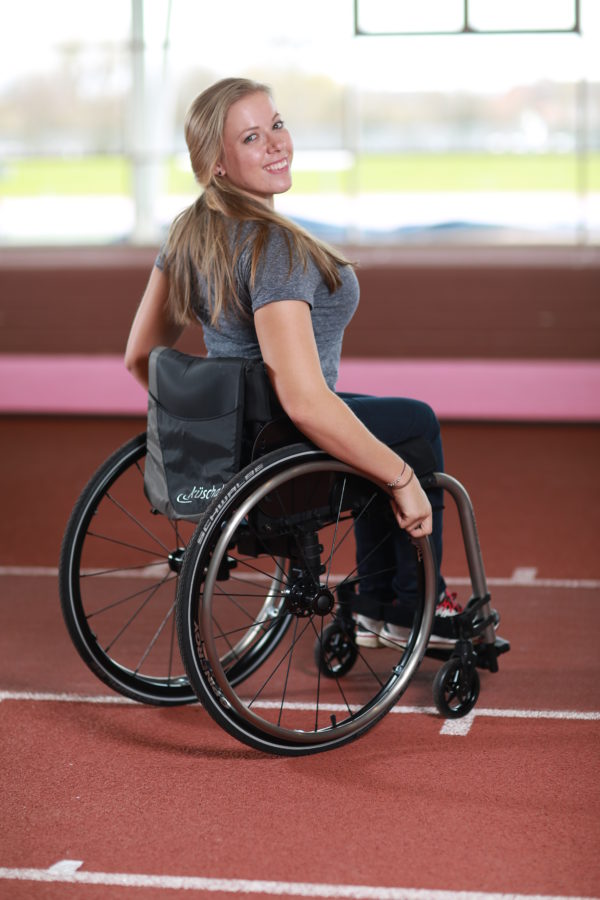 It was with Dr Ian Thompson that Hannah’s career as a wheelchair racer began. As Hannah’s coach, Dr Thompson guided her onto the British Paralympic development team. It was here she joined the coach who would take her to the top of her game – Peter Eriksson. Within three years, Hannah thundered through the ranks from novice to elite status. It was in 2010 at 18 years old that Hannah broke her first world record in the T34 400m.

After dominating the track at the IPC World Athletics Championships in New Zealand, Hannah competed in the 2012 London Paralympic Games. Even though the London Paralympics was her first games, ‘Hurricane Hannah’ proved she was a force to be reckoned with. Taking home two gold medals and breaking four paralympic records in the T34 100m and 200m, the wheelchair racer firmly secured her place in paralympic history. After these stellar achievements on home turf, Hannah was awarded an MBE for services to athletes in 2013.

After competing in the Rio 2016 games, Hannah diversified her racing distances from 100m and 200m sprints up to 400m and 800m races. Even with these challenges ahead of her, Hannah managed to stay at the top and take home gold in all her distances.

Since, 2017 has been an incredible year for Hannah Cockroft. Hannah competed in the T34 100m, 400m and 800m events at the World Para Athletics Championships in London, and took home gold in all three events. After this amazing achievement, Hannah is unbeaten at Paralympic, European and World level for six years.

Recognition as a wheelchair racer

Since her incredible performance at the World Para Athletics Championships, Hannah received several accolades for her contribution to para athletics, including the 2017 Sunday Times Disabled Sportswoman of the Year Award. Furthermore, at the end of 2017, Hannah became the first ever disabled athlete to be named the Sports Journalists’ Association Sportswoman of the Year.

Hannah’s success in para athletics prove that you can achieve anything with determination and resolve. However, Hannah always acknowledges that despite wheelchair racing being an individual sport, she couldn’t do it without the support of those around her. Hannah’s sponsors include Top End, who design and build her racing chair, and Küschall, who supply Hannah with her day-to-day wheelchair. However, Hannah always says her most important supporters are without a doubt her family – who have helped her to believe anything was possible from day one.